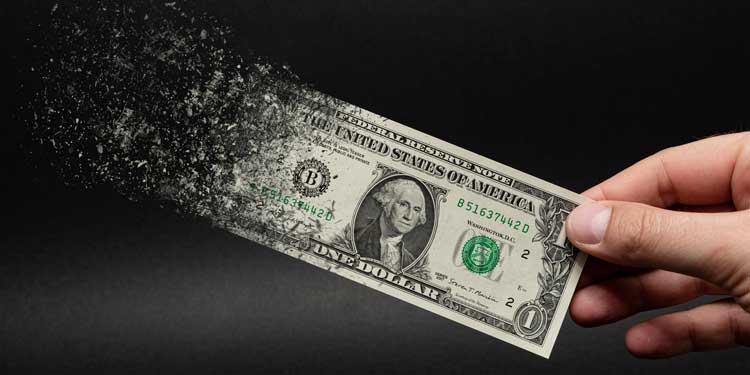 Why is inflation rising in the U.S.?

And how to deal with it

Why inflation rising impacts you and how to deal with it.

According to National Retail Federation Chief Economist Jack Kleinhenz, consumers should spend more money at restaurants and less on goods from the internet to do their part to help reduce inflationary costs to the economy. “What we have learned is that each successive variant has slowed down the economy but that the degree of slowdown has been less,” Kleinhenz said in a statement. “People who stay at home because of the variant are more likely to spend their money on retail goods rather than services like dining out or in-person entertainment. That would put further pressure on inflation since supply chains are already overloaded across the globe,” he said.

Recent increases in inflation have contributed to shortages of goods as COVID-19 shut down factories and destroyed supply chains while the government stimulus drove consumer spending. Inflation is believed to continue in 2022 but eventually slow down. Learn more about inflation, how it impacts you and how to deal with it.

Why is inflation rising?

Inflation as measured by the federal Personal Consumption Expenditures index was the highest in about 40 years. A recent survey shows consumers expect inflation to grow 6 percent over the next year. The Fed is planning multiple interest rate increases this year, so consumers are encouraged to save money to help slow down inflation.

Supply and demand can be blamed for inflation rising in the United States. Consumers are spending more. According to the Bureau of Economic Analysis, personal income increased $93.4 billion in October 2021, and disposable personal income increased $63 billion. Personal consumption expenditures increased $214.3 billion, which reflected an increase of $123.8 billion in spending for goods and an increase of $90.5 billion in spending for services. Many things have contributed to supporting household buying power. There are the stimulus checks and pandemic-related aid that was distributed to American families. The Great Resignation and war for talent has also led to an increase in employer pay.

The increase in demand wouldn’t be too terrible for inflation on its own, but the U.S. is also experiencing significant supply chain issues tied to the pandemic. Lack of product is driving up the cost for goods, increasing inflation.

Inflation increases the cost of goods and services. Employees can demand higher pay to cover inflation, which can further increase the cost of goods and services. Not all Americans have received an increase in pay or stimulus, which can make it difficult to keep up with inflation. Higher prices on essential goods like food and gas can make them unaffordable for certain Americans. Businesses who can’t pass costs to consumers can cut back on production, which can lead to further supply chain issues.

If inflation stays elevated for too long, it can lead to hyperinflation. With hyperinflation, the expectation that prices will rise leads to more inflation, which reduces the value of the dollar. Out of control inflation can lead to the collapse of a currency’s value. The Federal Reserve typically steps in to reduce inflation before it gets out of control. However, the main way the Federal Reserve stops inflation is by quickly increasing interest rates. This typically slows the economy and could lead to a recession and higher unemployment. The U.S. experienced this in the 1980s, when tight monetary policy was put in place in an effort to fight mounting inflation. The recession lasted from July 1981 to November 1982 and was the worst economic downturn in the U.S. since the Great Depression prior to the 2007-2009 recession. Unemployment hit 11%, which impacted manufacturing, construction, and auto industries the most.

How to deal with inflation.

Inflation rising has led to an increase in gas prices. One way to save money during high inflation is to improve your energy efficiency. If your car is a gas guzzler, you might want to consider trading it in for an electric car or fuel-efficient one. At home, consider installing solar panels to reduce electricity bills. Installing a smart thermostat can help reduce electricity bills if you create a schedule that reduces usage during hours when you’re not at home or don’t require heating or cooling.

Shortages are common in high inflation environments. Create an emergency supply of non-perishable food and other essentials that might run out in stores. Items to stock up on include water, toilet paper, instant soups, and canned goods.

It’s also important to re-evaluate your budget and stick to it. You might want to shift more funds towards savings and cut discretionary spending while goods and services cost more.

Inflation rising in the United States impacts everyone. An increase in expendable income and shortage of goods has contributed to rising inflation. There are a few things you can do to prepare for high periods of inflation. Adjust your budget and put more towards savings. Build an emergency supply of essential goods. Create a plan for becoming more energy efficient to reduce your gas bills.

If you need funding fast, Uprova.com can help. You can request funds online and receive funding in as soon as one business day. Learn more now.

Uprova can help you get there!